So far we have considered the following forcing functions:

There are obviously many more we can come up with. Depending on the particular form of the forcing function, there are a number of ways of obtaining the response.

For other simple forcing functions, they can sometimes be represented as combinations of the types we have already seen. 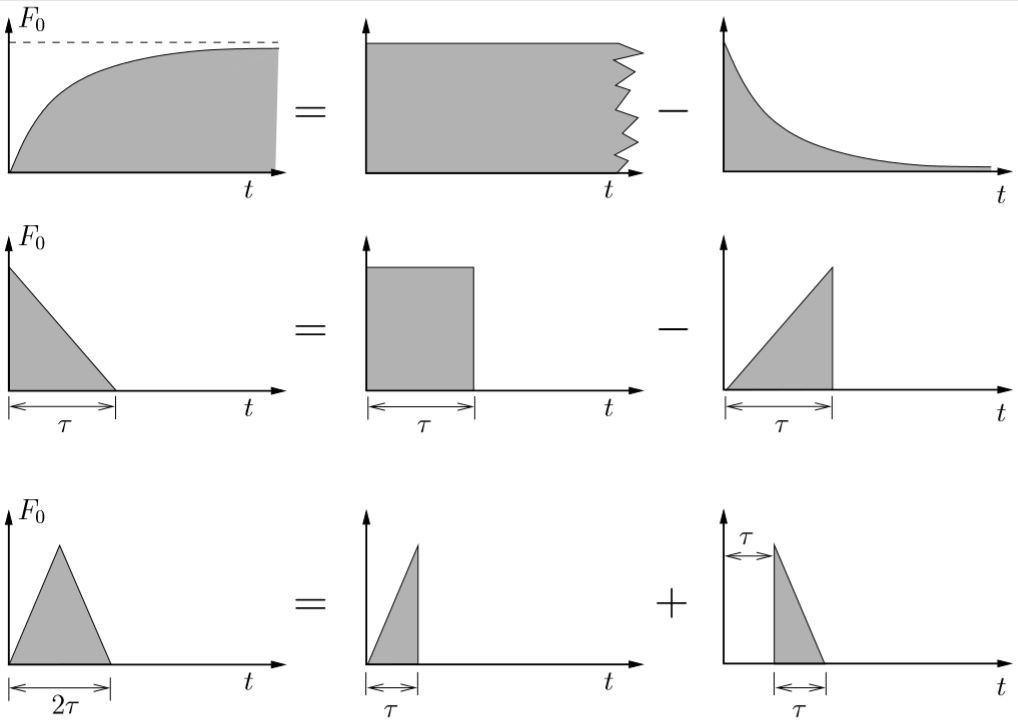 This approach transforms the differential equation into an algebraic equation which is significantly easier to solve in general. Once the solution is obtained, an inverse transform is performed to obtain the actual solution to the physical problem. This approach requires that the Laplace transform pairs are known for the particular forcing function of interest. We will not consider the use of Laplace transforms in this course, although they are very useful for vibration analysis and commonly used.

This approach can be used for a general forcing function

and is based upon the response to impulsive loads that we have already discussed in equation (7.4). The method of convolution will be considered in the next section.