Often in acoustics the true (RMS) sound pressure levels that are measured must be modified or weighted, typically depending on their frequency. This is done as a result of regulatory requirements. The reason for this is that most acoustic requirements are based on human hearing and we do not respond the same to sounds at different frequencies. For example, the threshold of hearing (

Pa) discussed previously was for sounds in the 1000-2000 HZ range. This is the most sensitive region of human hearing. (Most of the frequency content in human speech is in the 1000–4000 HZ range.) At lower frequencies, the hearing threshold is higher. In fact, human hearing sensitivity falls off very rapidly below 1000 HZ and above approximately 10 000 HZ. The study of how we respond to sound is known as psychoacoustics.

As a result of this frequency dependence of the human hearing response, weighting scales are used to alter the spectral characteristics of noise. This is done typically to better represent how well a given noise can be tolerated. Frequencies to which we are more sensitive get a higher weighting while those to which we are less sensitive get a lower weighting. In practice, a weighting scale is simply a table of corrections which is applied to sound pressure levels as a function of frequency.

There have been many weighting scales developed and used. Some important ones are discussed below. 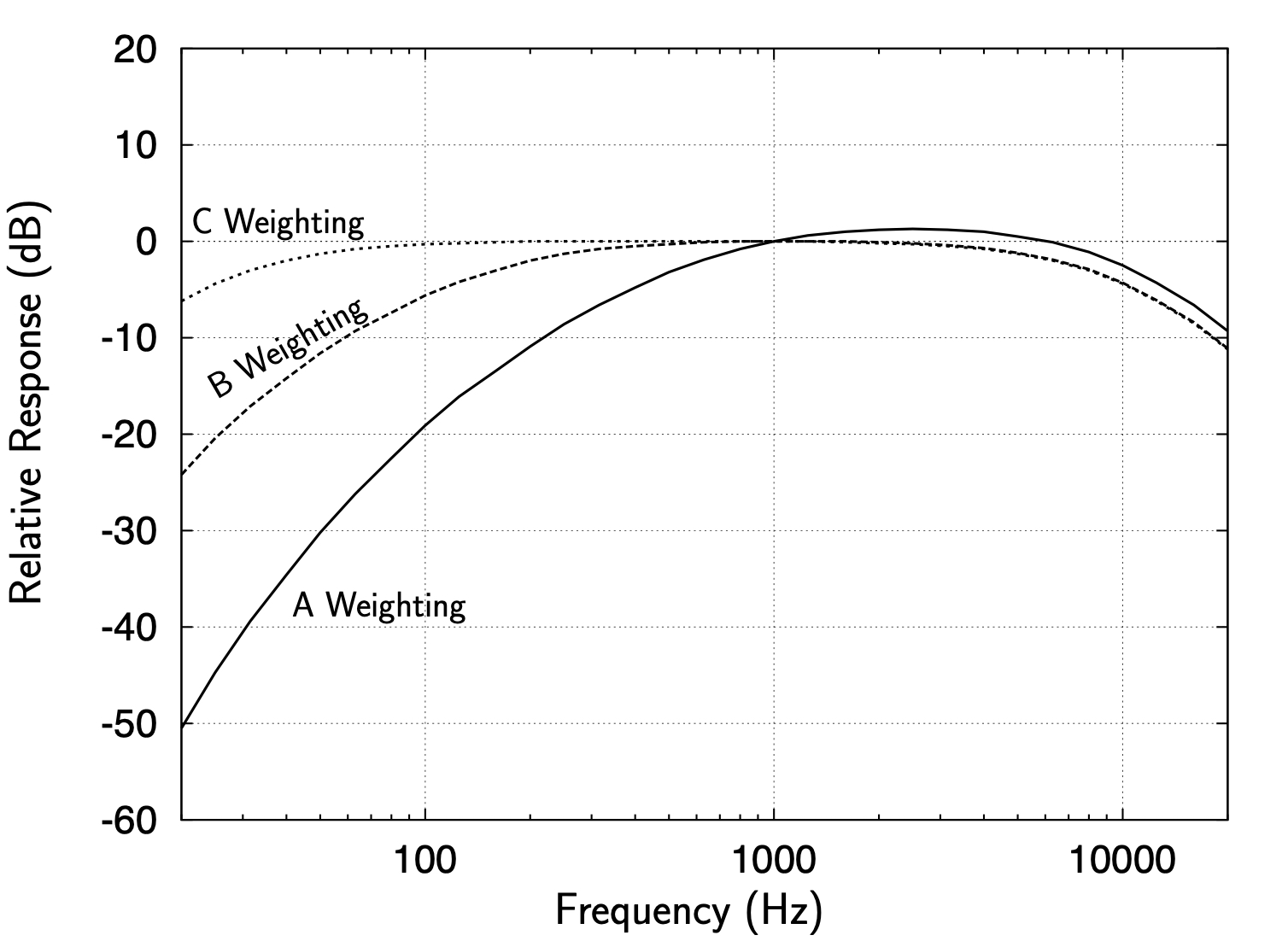 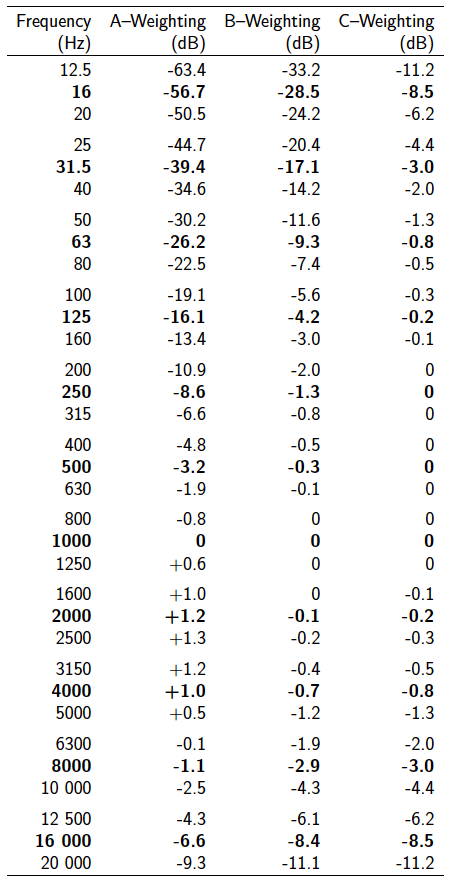 The octave band sound pressure levels (unweighted) for a centrifugal fan measured at 3 m are shown below.