In most situations, noise levels are not constant but vary continuously. The type of noise being measured, as well as the reason for taking the measurement, will influence how these fluctuating noise levels are dealt with.

For short term measurements, to measure how loud a sound is now, most sound level meters have several basic modes they can use.

In some cases, we are more interested in the longer term variations in the sound pressure levels, although we do not want to describe the entire sound level history as shown in Figure 12.12. There are several methods that are used to accomplish this.

value over some period of time can be written

In some cases, the sound level fluctuations can be considered as being composed of a number of periods over which it is approximately constant. In the cases we can consider that

is the fraction of the time interval

over which the sound pressure level is

In such a situation the

if the sound pressure level varies as shown below.

if the sound pressure level varies as shown below.

During the 2006 Edmonton Oiler’s run to the Stanley Cup finals, Rexall Place was described as “loud”. For game #3 of the finals against the Carolina Hurricanes, a local audiologist had a colleague who was attending the game wear a data–logging noise dosimeter which measured the noise level near the wearer’s ear every second. The game lasted approximately 3 hours. The results of the measurements are shown below, with some moments of interest indicated. 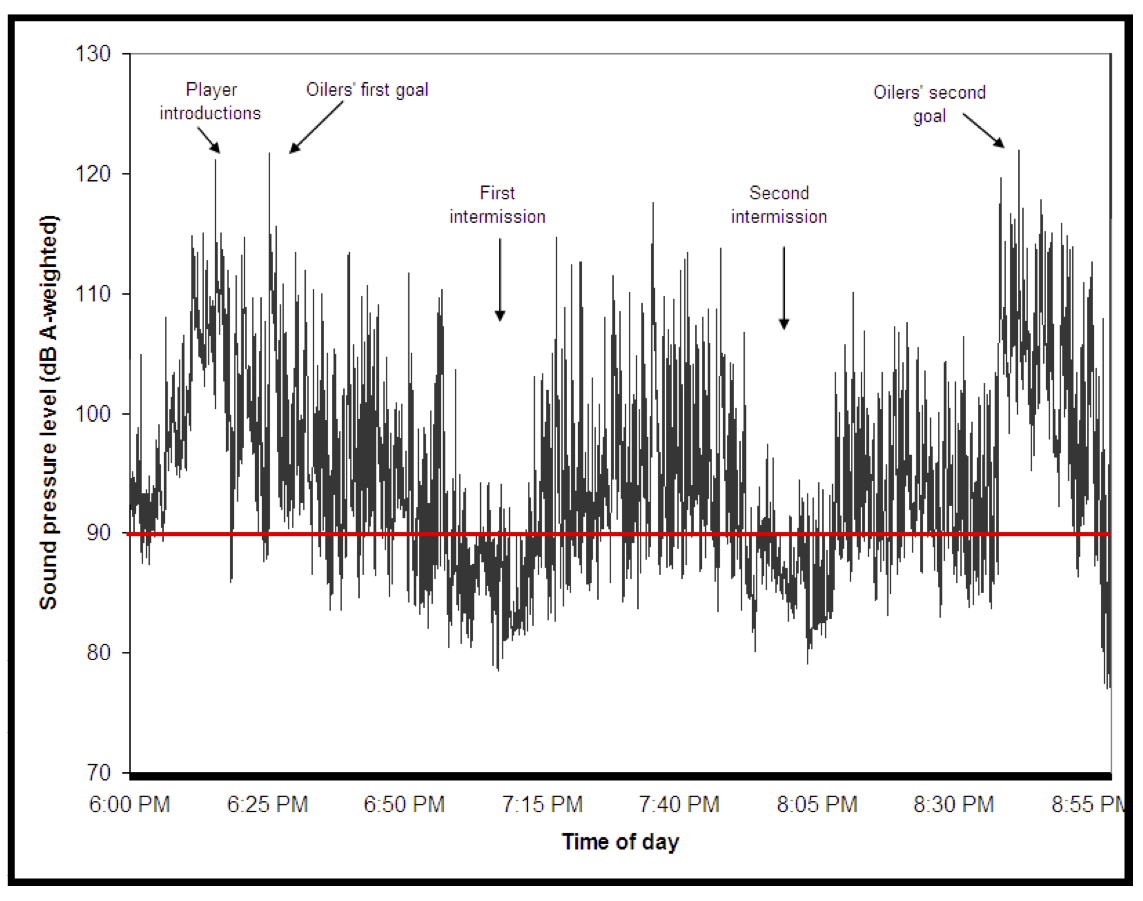 One means of quantifying this information is to use

levels, which indicate the sound pressure level(dBA) that is exceeded

percent of the time. The following table shows certain

values for the sound pressure levels for game #3.

Another method to quantify this data is to use the equivalent sound level LEQ which is the equivalent steady state sound pressure level that contains the same acoustic energy as the actual fluctuating values over a given period of time,

The data points shown in the figure are actually LEQ values based on one second time periods, calculated every second. For the entire game, the equivalent sound pressure level was

dBA based on the duration of the game.