is once again the displacement from the static equilibrium position. Applying Newton’s Laws we obtain

Once again, the response

are arbitrary constants. To find the particular solution to equation (5.1), we will
assume a solution of the form

Substituting these into the equation of motion gives

Therefore, the particular solution (5.4) for this problem is

is given by equation (\label{eq:5.7}). The total solution (for the underdamped case) is

Note that this can be rewritten as

However, as we have already discussed,

which represents the dynamic magnification factor in the damped situation. Similarly, since 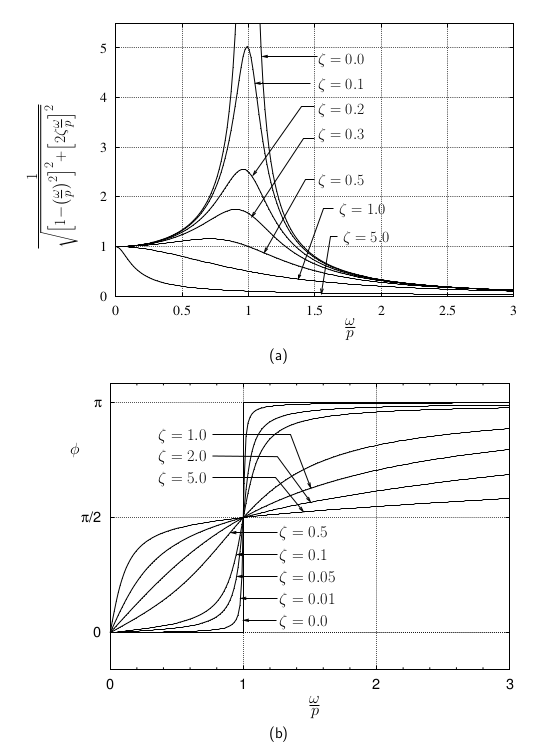 Reconsider the response of the system in equation (??)

and rearrange the results slightly as

However, from (5.16) we see that the sum of these components must be zero. It is therefore convenient to add these term vectorially so that the resulting polygon closes as in Figure 5.4. 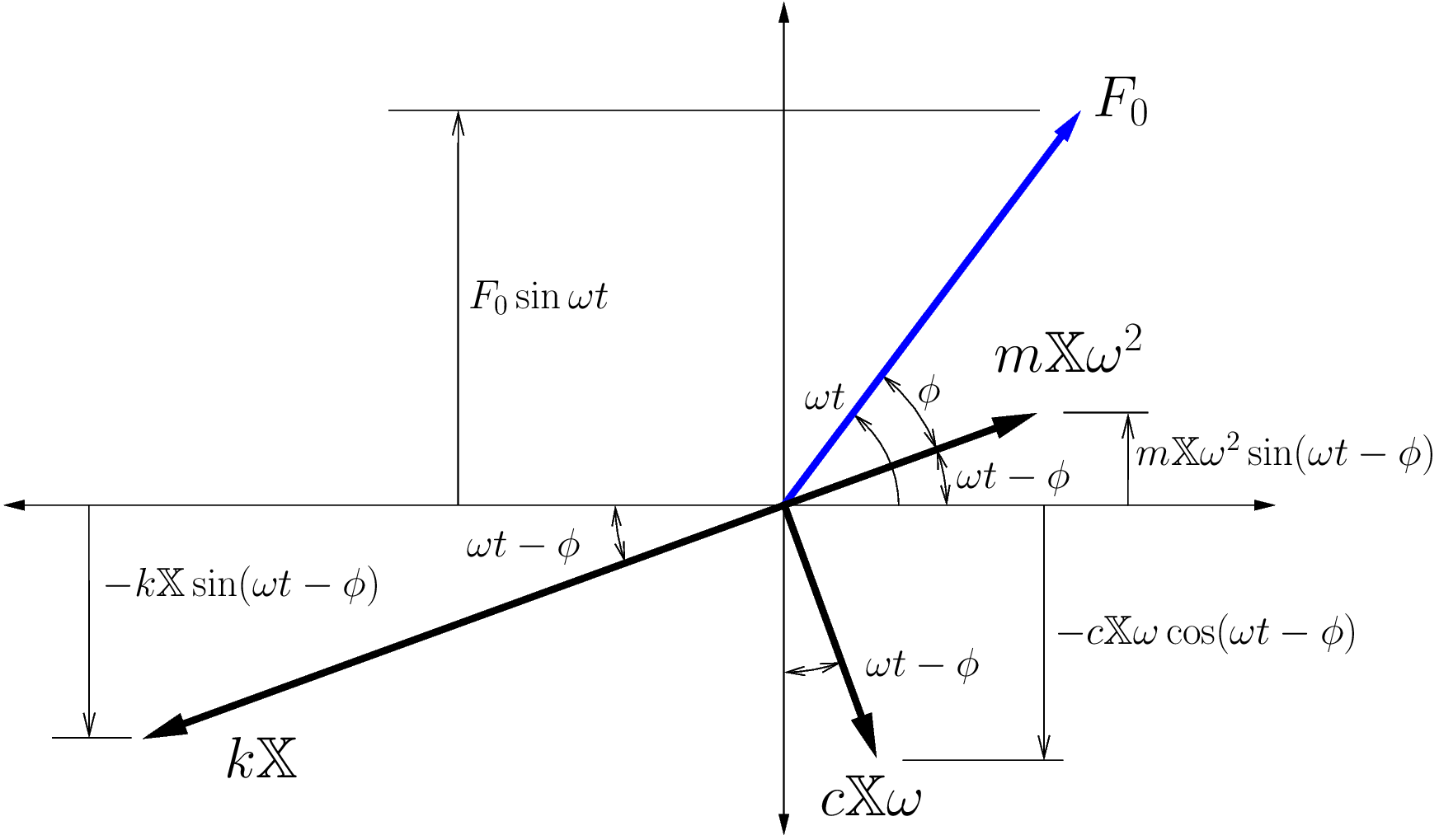 Figure 5.3: Graphic representation of terms in equation of motion as vertical components of rotating vectors 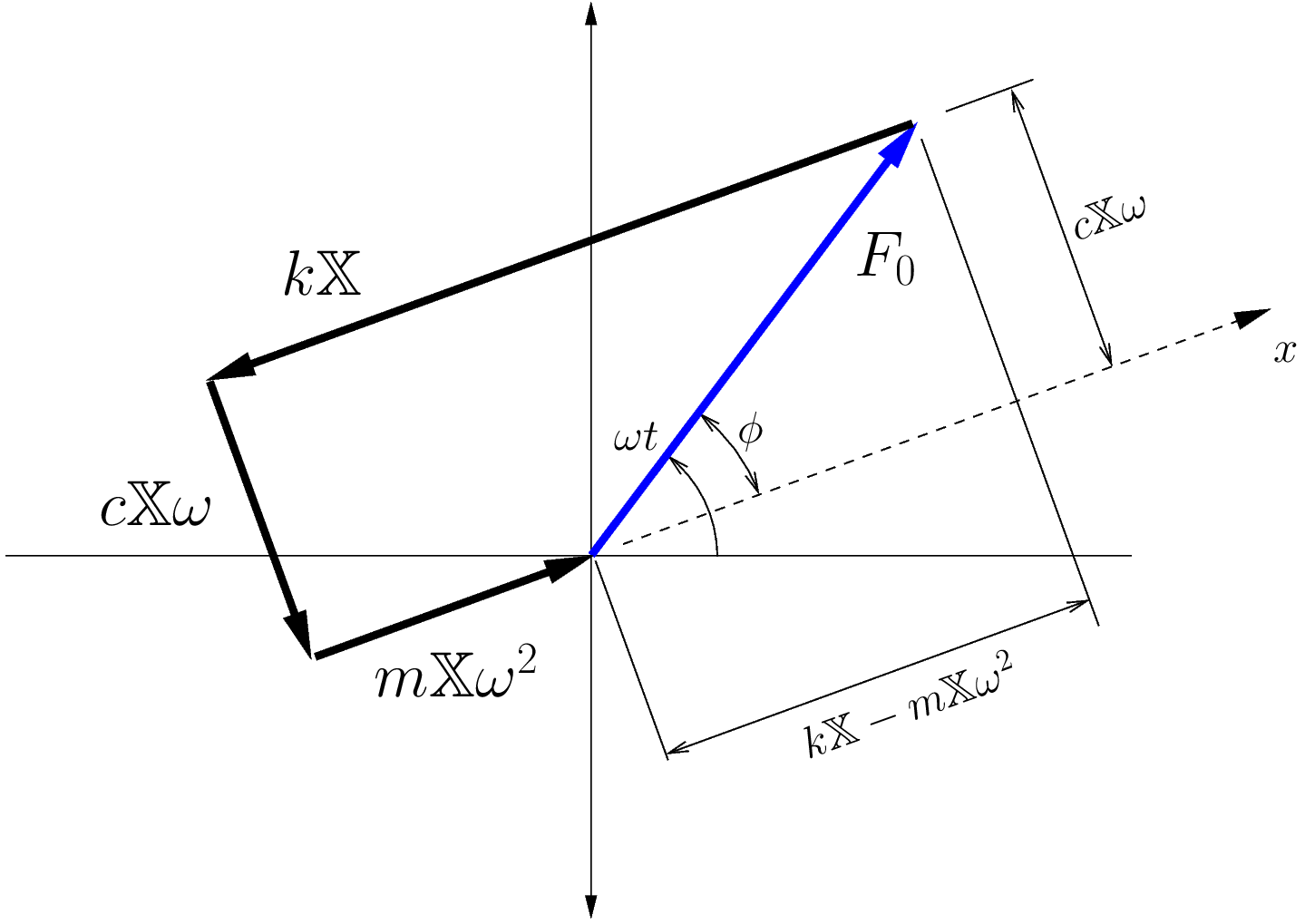 From this figure we can see clearly that

which leads directly to

which are the results obtained previously (but with less work involved here).

Using this representation, we can understand the effect of damping in each of the three situations 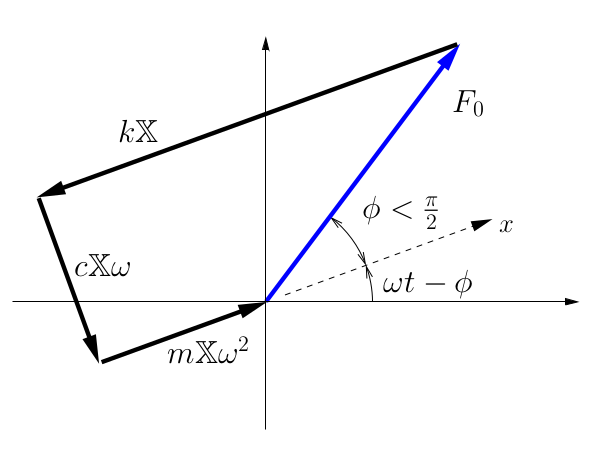 In this case, the

term is smaller than the 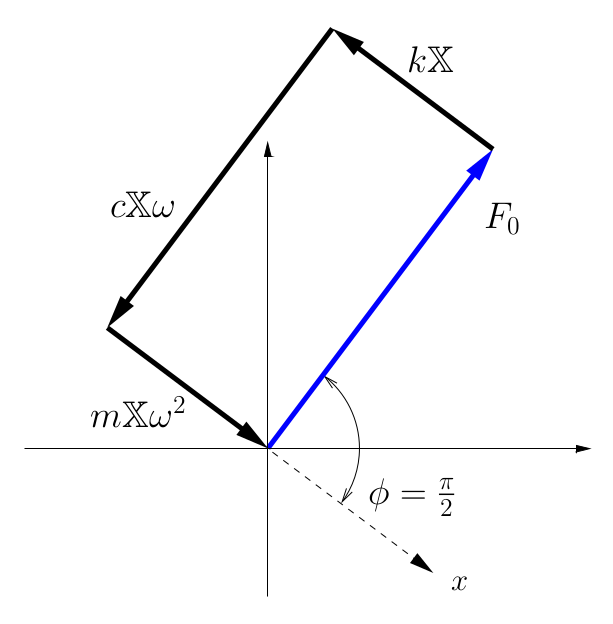 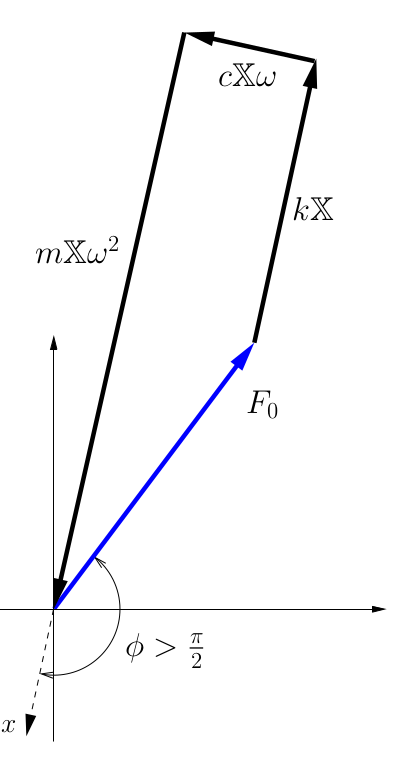 Here, the inertia forces are larger than the spring forces. The result is a larger phase angle, somewhere between

A typical situation is shown in Figure 5.5. The goal is often to reduce the maximum force transmitted to the supporting structure. When we previously considered the undamped situation, the only force transmitted to the support was through the spring. Now, however, force can be transmitted through both the spring and the damper. Further, we can not simply added these two forces as scalars because they do not reach their maximum values at the same time (i.e. they are not in phase). However, as we have seen these two forces are always 90

(This force can be seen schematically in the diagram in Figure 5.6 based on the graphical interpretation discussed earlier.) However, we have already determined the amplitude of the response in this situation (equation (5.9)) to be 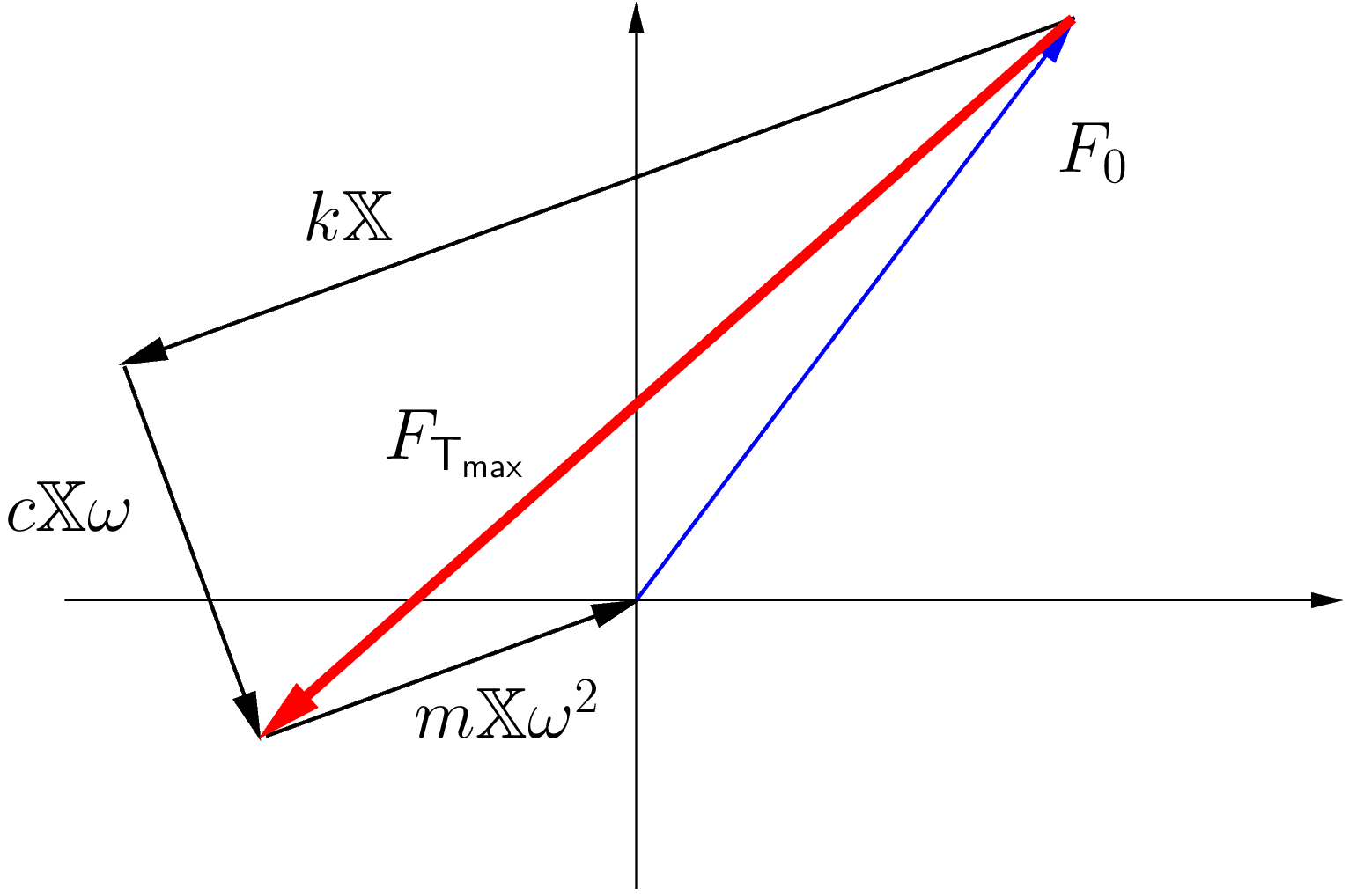 transmitted to the supporting structure

we get the result 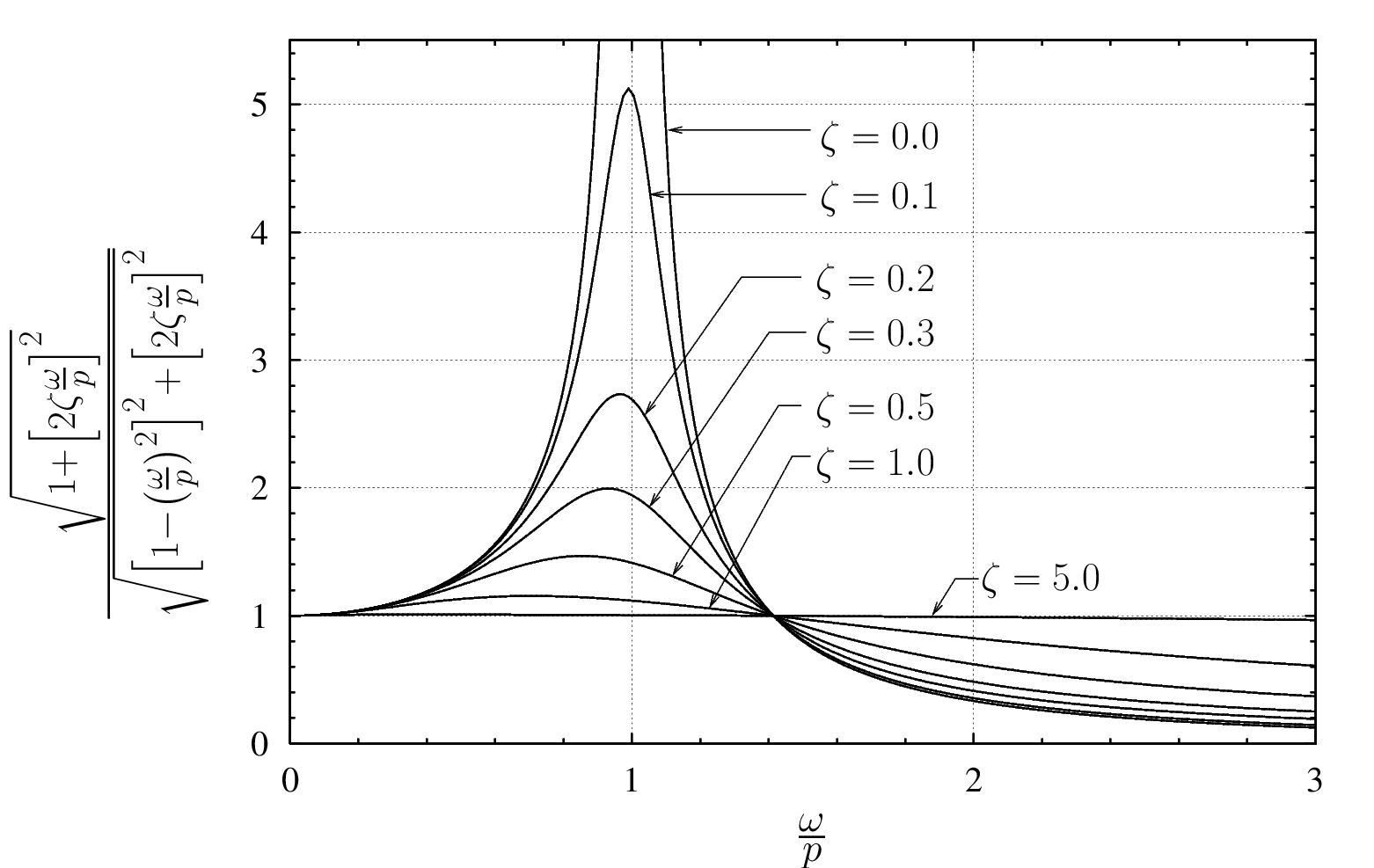 This relationship is illustrated in Figure 5.7. As this figure shows, the transmissibility is always greater than one if

, the force transmitted to the structure is less than the disturbing force. In this region, however, the addition of damping increases the transmissibility compared to the undamped situation. If a system is operating in this region, an undamped support offers better transmissibility characteristics than one with damping. However, some damping is often still desirable if the system must pass through resonance to reach its operating state.

A machine with a mass of 100 kg is supported on springs of total stiffness 700 kN/m and has an unbalanced rotating element which results in a disturbing force of 350 N at a speed of 3000 RPM. Assuming the system has a damping ratio of

A vibrating system, together with its inertia base, is originally mounted on a set of springs. The operating frequency of the machine is 230 RPM. The system weighs 1000 N and has an effective spring modulus 4000 N/m. Shock absorbers are to be added to the system to reduce the transmissibility at resonance to 3. Additionally, the transmissibility at the normal operating speed should be kept below 0.2.

Forced Vibrations Due to a Rotating Imbalance

A common cause of forced vibrations in machinery is a rotating imbalance, shown schematically in Figure 5.8. 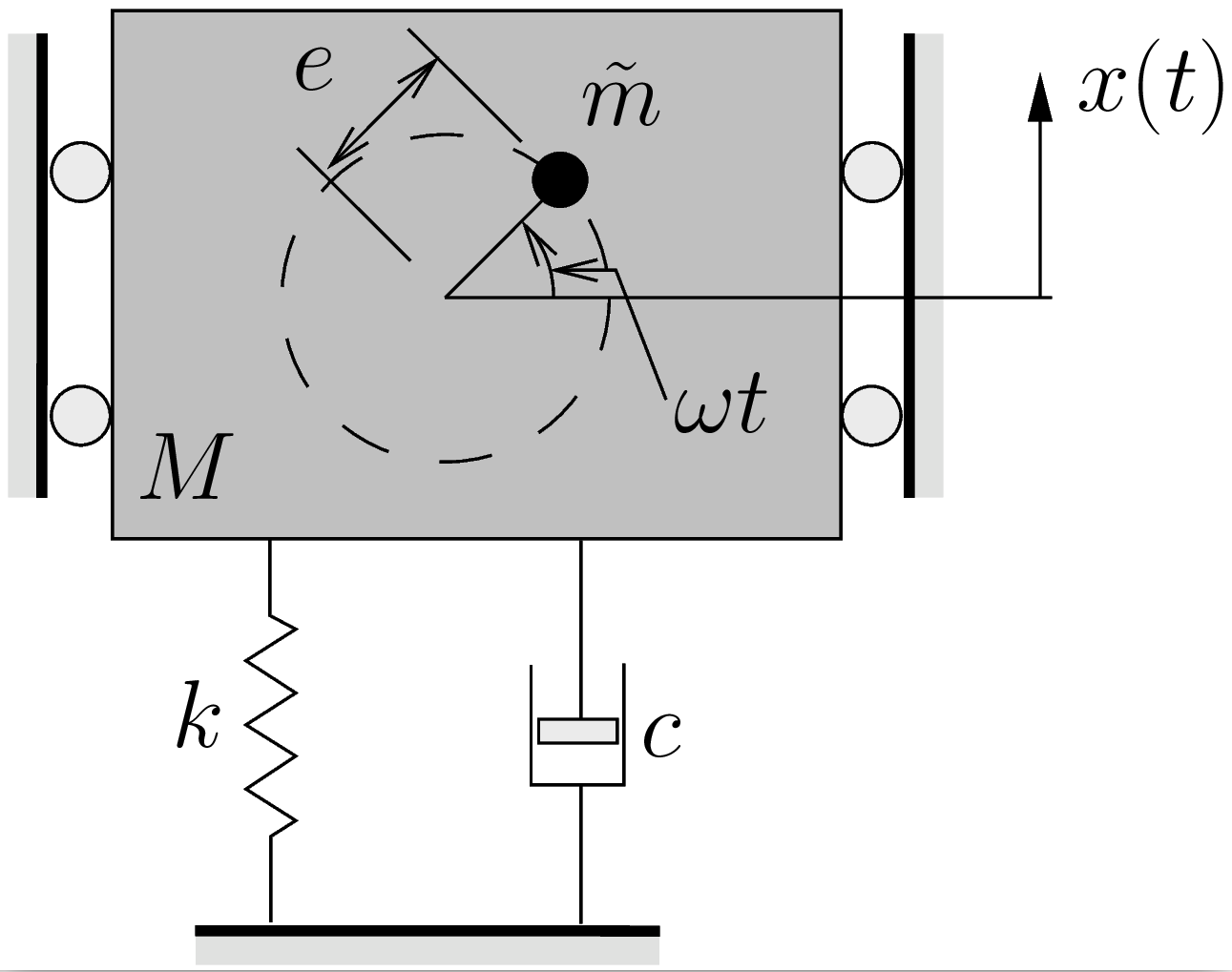 Figure 5.8: Schematic of a rotating imbalance

Here a machine with

is constrained to move in a vertical direction.

is a rotating mass (which is included in the total mass

that is rotating at a constant speed

. During the resulting motion the machine body (the part that is not the eccentric mass) vibrates vertically, with a position described by the cooordinate

moves relative to the machine body, and its total vertical displacement is given by

Figure 5.9 shows a FBD/MAD for this situtation. Applying Newton’s Laws in the vertical direction gives

This is the same equation of motion we obtained previously (equation (5.1)) with

so that equation (5.21) can be rearranged to give

This result is shown in Figure 5.10 for a variety of damping ratios. 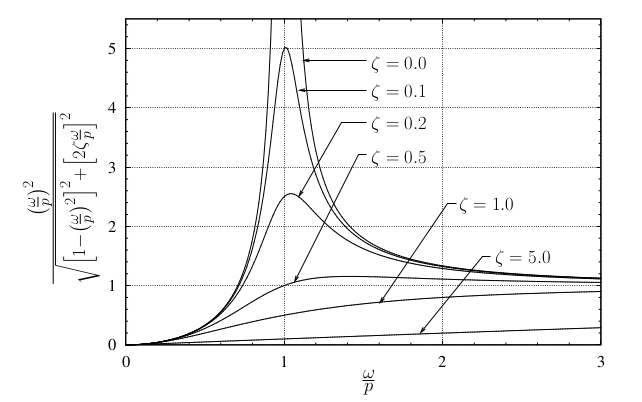 A counter-rotating eccentric weight exciter is used to produce the forced oscillation of a spring and damper supported mass as shown below. By varying the rotation speed, a resonant amplitude of 0.60 cm was recorded. When the speed of rotation was increased considerably beyond the natural frequency, the amplitude appeared to approach a constant value of 0.08 cm.

Determine the damping ratio for the system. 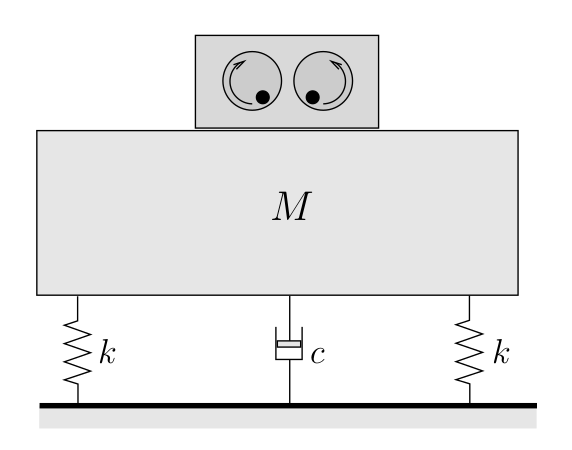