When sound pressure measurements are made, most commonly the actual pressure amplitudes are not measured directly. Instead, an effective pressure known as the root mean square pressure is used.

For a harmonic pressure wave given by

is the associated period given by

These relationships are illustrated in Figure 12.2.
Note that if we have a sound composed of several harmonic waves

Note that this only applies if the sound sources are uncorrelated. 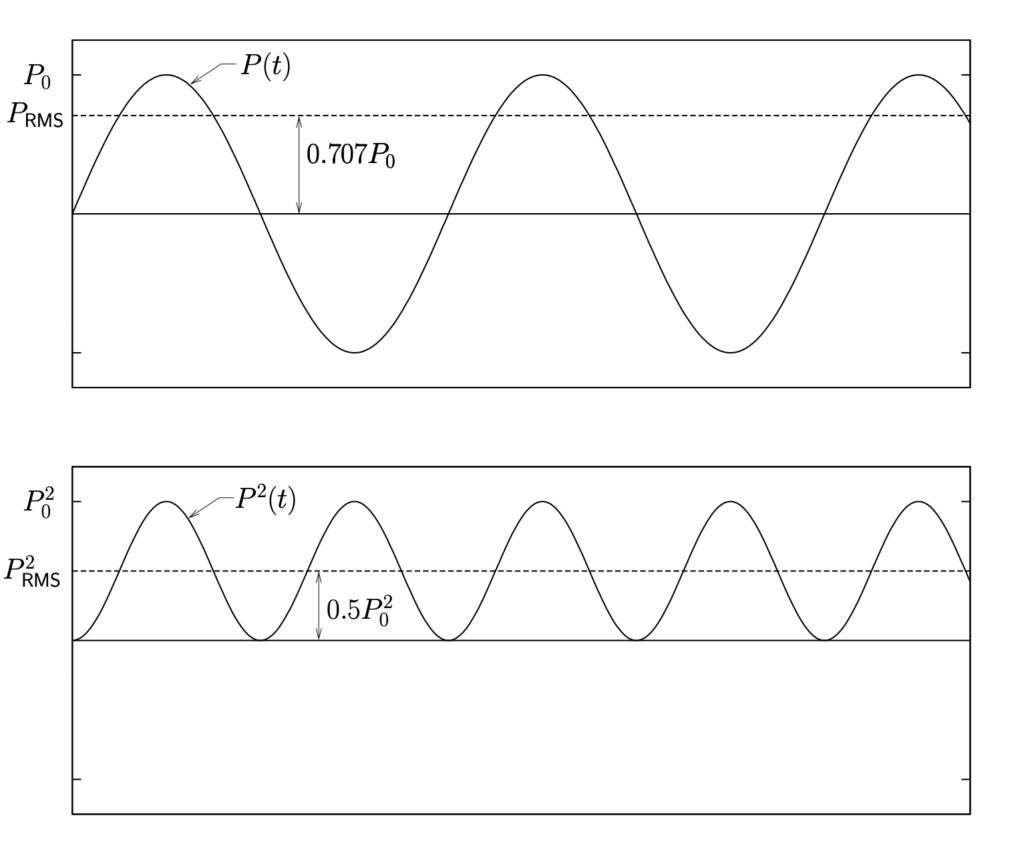 When two sound waves are superimposed, the result is a linear combination of the two individual waves due to the linearity of the wave equation. Two interesting situations which may occur, depending on the frequencies and amplitude of the two waves are

will be small (much smaller than

) so that the response can be interpreted as a wave whose frequency is the average of the two close frequencies, but which has a slowly varying amplitude. The beating period

A typical beating response is shown in Figure 12.3. This is similar to the beating phenomenon discussed earlier.

The superposition of these two waves results in

is the wavelength, we see that

Here we see that the amplitude of the pressure wave varies in space. In particular at locations given by

so there will be no sound at these locations. 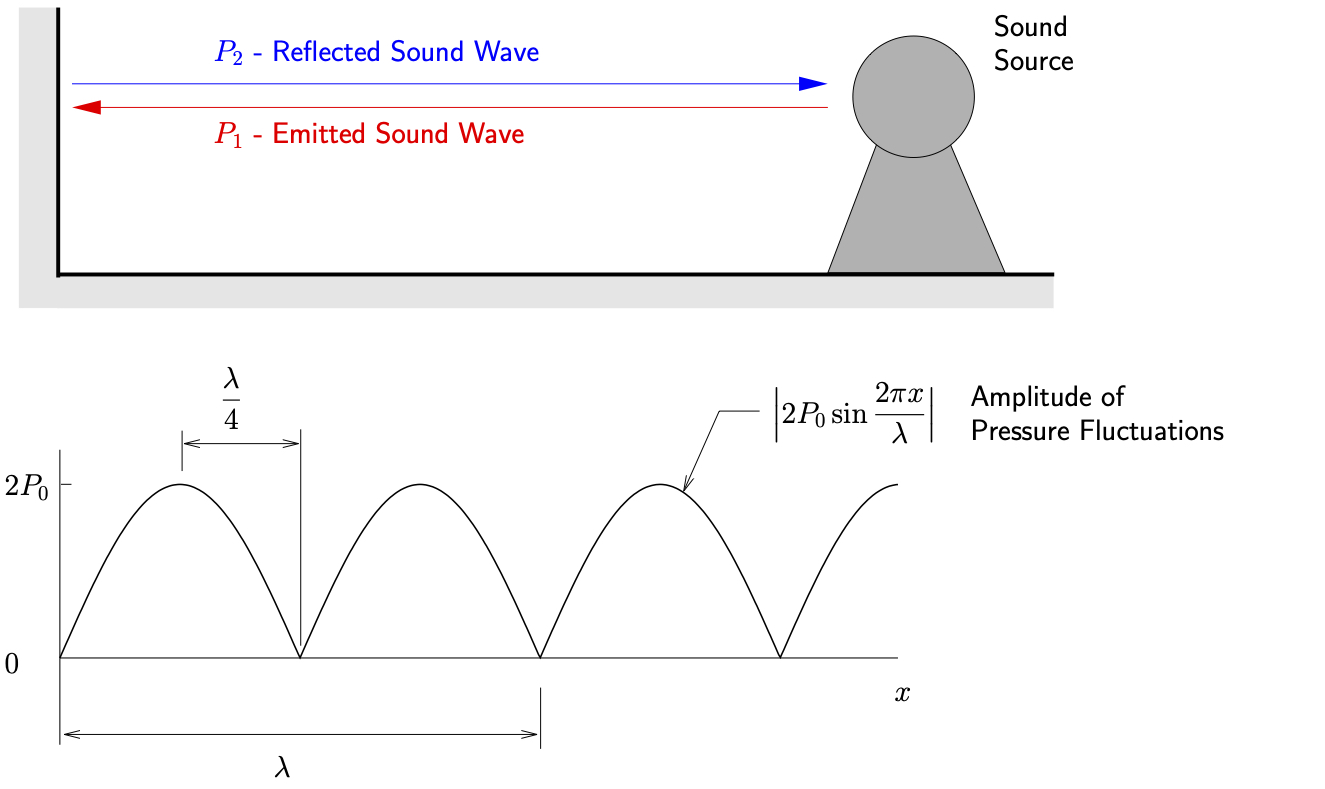 Consider the situation shown in Figure 12.4. As can be seen, over the distance of

of the wavelength of the sound, the pressure amplitude can change from

cm. This can introduce large errors in the measurement of sound pressures. These kinds of errors can occur in industrial settings where reflective surfaces are present.