As with pressure magnitudes, there is a wide variety of sound powers associated with everyday acoustic phenomenon. To make these more manageable a decibel scale is once again used. The sound power level is defined as

is the rate at which energy is transferred to the ear for a barely perceptible sound (the hearing threshold) at 2000 HZ. If this energy were converted to heat, it would take over 180 000 years to raise the temperature of 1 gram of water 1oC.
Note that the sound power level can also be expressed as

For a freely propagating plane wave, the average sound intensity is related to the sound pressure by

We can use these results to relate sound power levels and sound pressure levels.

Consider a single sound source radiating sound uniformly in all directions (spherically) as illustrated in Figure 12.6. At a distance

. The sound intensity is then 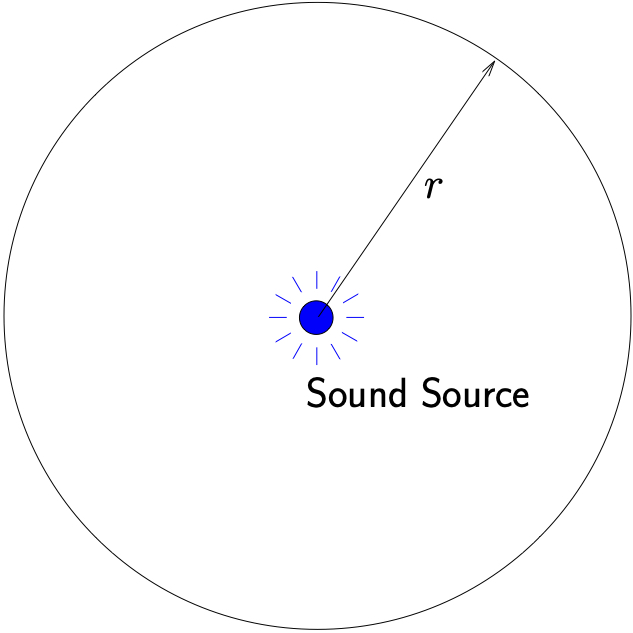 which can be seen to vary with distance from the source and follows an inverse square law. Using 12.30 we find that

and dividing both sides by

However, we note that

Substituting this into 12.31 we get

Taking the logarithm of both sides of 12.34 and multiplying by 10 results in

which is a relationship between sound power level, sound pressure level and distance from the source.

Alternatively, another useful relationship can be obtained by starting with 12.33 rewritten as 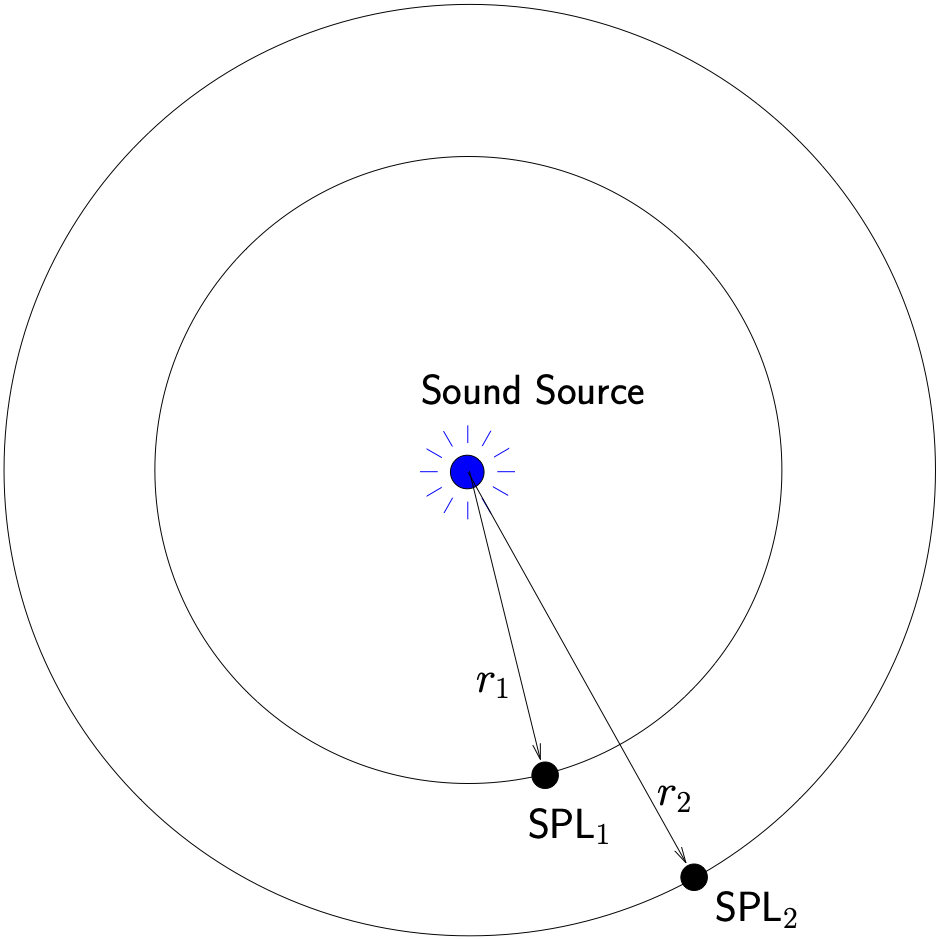 Figure 12.7: Variation of sound pressure level with distance from a point source.

Combining these results shows that 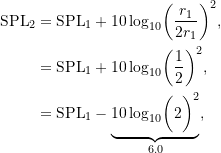 We see that the sound pressure level is reduced by 6

if the distance from a point source is doubled.

In some situations the noise produced by a sound source does not travel uniformly in all directions. Often some of the acoustic waves reflect off of nearby surfaces. This sound energy then travels through other parts of the acoustic field which has the effect of increasing the sound pressure levels in these areas. This causes an increase in the apparent acoustic power of the sound source.

To account for the presence of nearby reflective surfaces, a directivity factor

can be introduced. Using this directivity factor, the relationship between the sound pressure level and the sound power level of a point sound source shown in 12.35 can be rewritten more generally as 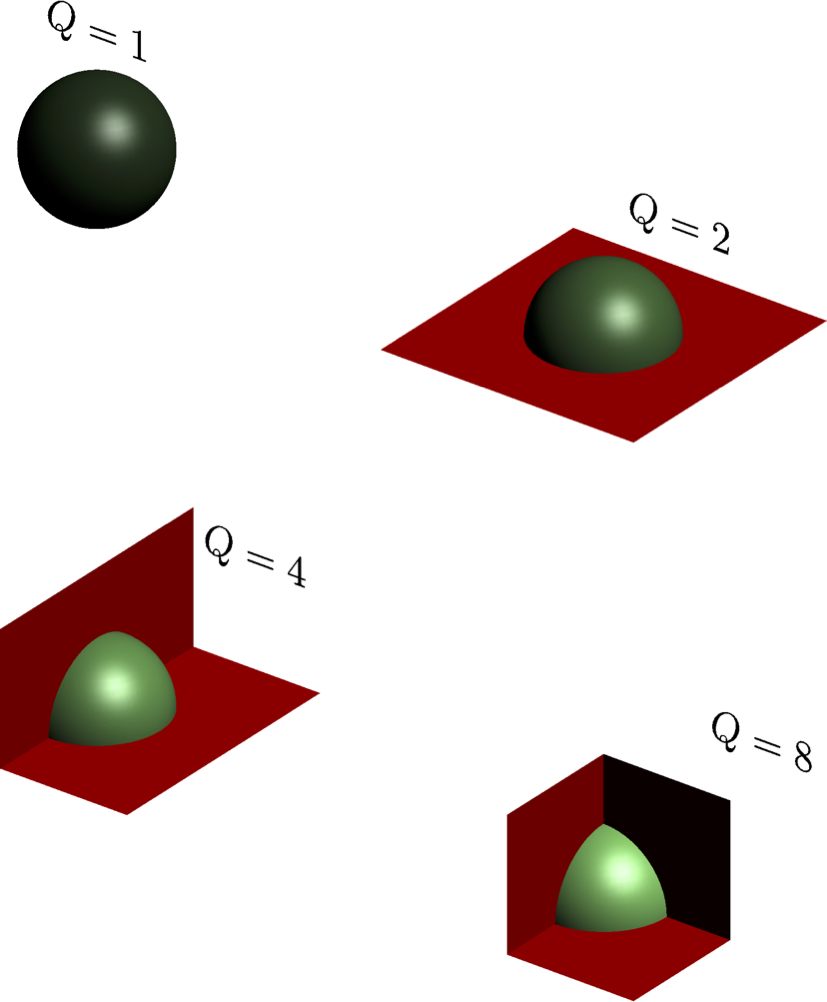 The directivity factor for some simple situations is shown in Figure 12.8.

Another type of common noise source is a line source in which noise is generated (approximately) continuously along a straight line. Some typical examples include traffic noise on a busy highway or the noise from a long pipeline carrying high velocity steam.

Figure 12.9: Schematic of sound propagation for a line sound source

To determine the propagation characteristics of sound in such a situation, we note that the sound waves will propagate away from the line source cylindrically (as opposed to spherically for a point source) as illustrated in Figure 12.9. As a result, considering the sound intensity at a distance

from the line source we find that

under consideration. As can be seen, the intensity decreases linearly with

As with the point source, we can determine a useful relationship between the sound pressure levels at different distances from the sound source. Following a development similar to that for a point source we can show that

which illustrates how the sound pressure level changes with distance from the line source. Once again, the sound power level is not required to use this relationship.

As with the point source, consider what happens if the distance from a line source is doubled. With 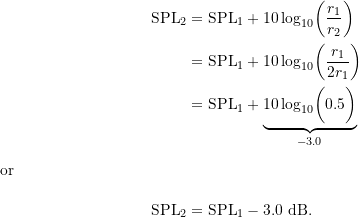 for a point source) .

Assume that the sound waves are radiating uniformly in all directions (spherically) and that no reflecting surfaces are present.