) has a moment of inertia

. The pulley supports a mass

by a light cable which has an effective stiffness

as shown are used to describe the system. 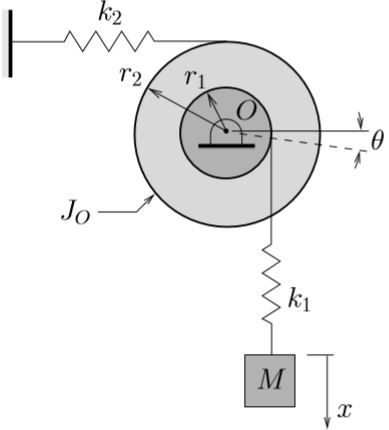 Determine expressions for the natural frequencies and mode shapes for the system shown. Use the coordinates 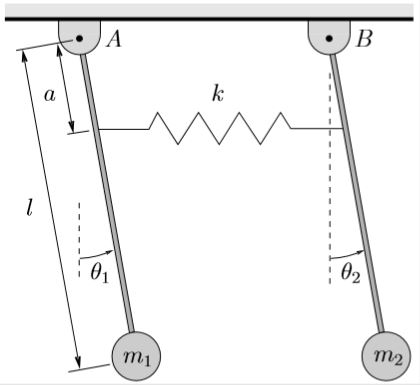 For this system, determine

) is supported by springs at its ends as shown. Determine the equations of motion, natural frequencies and mode shapes for this system.

Be sure to identify any

in each mode shape.

An asymmetric machine mounting is supported by both vertical and horizontal springs as shown below.

) which rolls without slipping and a bar (with mass

) connected by three springs each of stiffness 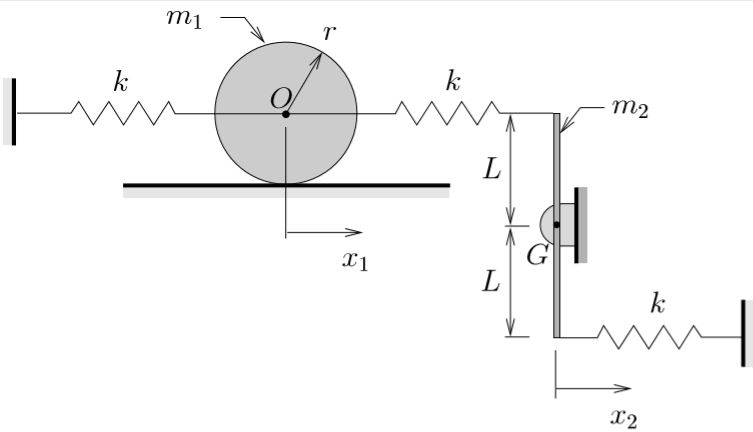 Determine the steady state response for the system shown. 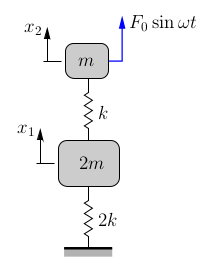